Please select one or more filter options
to narrow down your search.

Over July 8th and 9th, we represented Scandia Gear in the Seafarers UK 24 Peaks Challenge. It was an extraordinary experience defined by teamwork, magnificent views and, as promised, brutal exertion in the service of a great cause and charity.

Our journey did not start well. Our flight was cancelled and after catching a later flight we arrived to our hotel around 2:00 am. We started our first climb five hours later. A big thank you to the organizers for adjusting our start time.

After a 12-hour walk, we reached the finish for the challenge's first stage. Dinner followed, then we were early to bed to ready ourselves for the next day. The next day, we began our ascent at 5:30 am, facing down heavy fog and wind. The climb's first 90 minutes were intense; we finished the challenge's second stage in under 12 hours.

At the close of the two-day event we had a combined time of 23 hours and 43 minutes. We celebrated over BBQ with the other teams and were honoured to receive the challenge's "Extra Mile" Award for everything we did (e.g., half of Scandia's team flew to Durham, took a taxi to Newcastle, waited six hours for the rest of the team, etc.) to get to the challenge.

Thank you to all of you for your enthusiasm and for joining us in our support for Seafarers UK. To get involved, visit the charity here: http://www.seafarers.uk/ 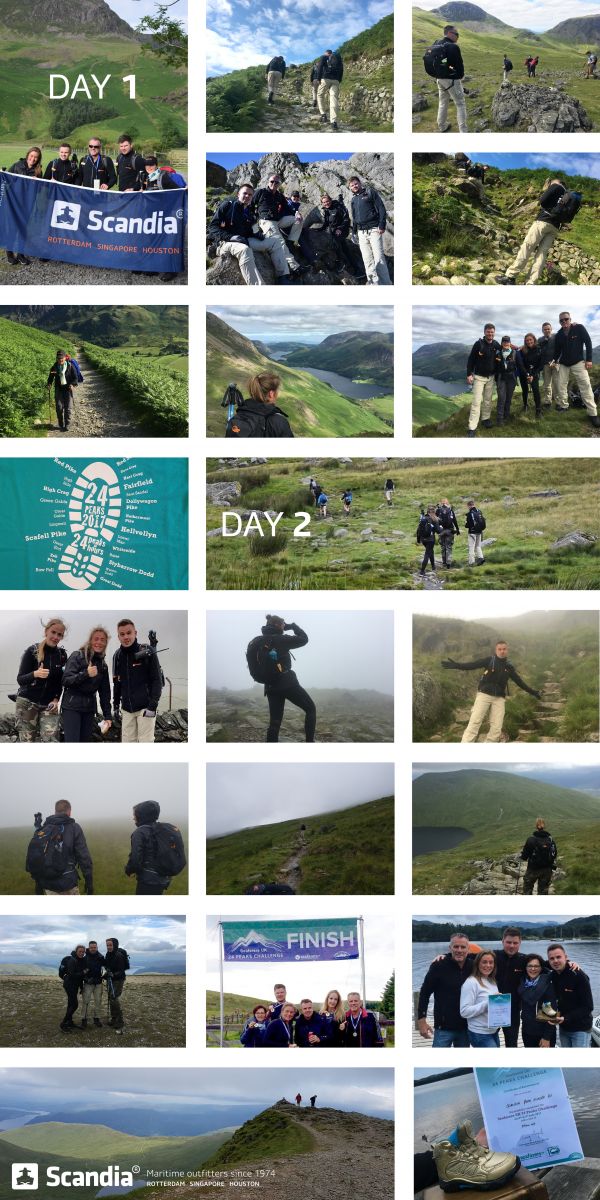